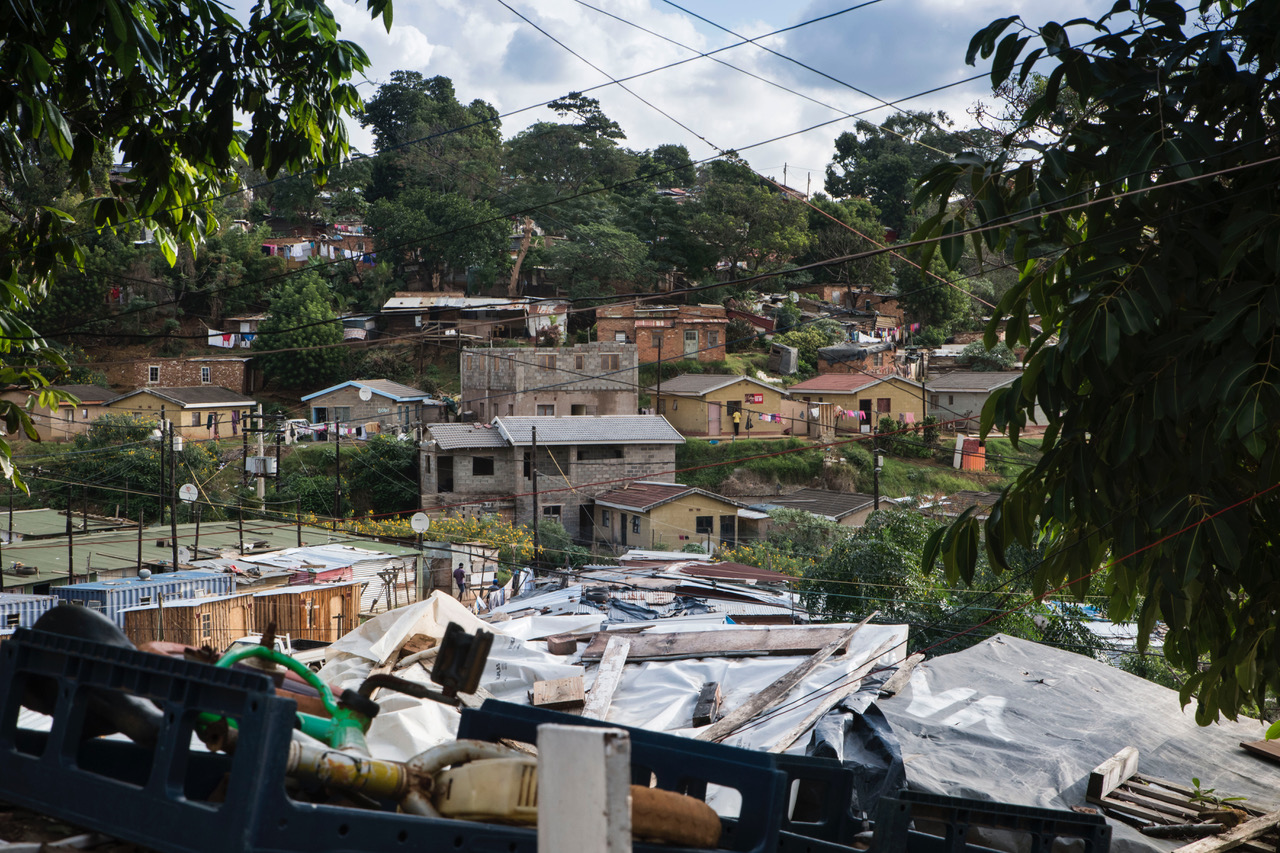 In contemporary popular struggle, inkani is both an attitude, and the basis for praxis. We take inspiration from it as a publisher.

In isiZulu, isiXhosa and other Nguni languages the formal meaning of the word ‘inkani’ is usually understood to refer to a form of stubborn determination. Occasionally reference is made to its martial connotations. In recent years, the term has made a decisive entry into the politics of the oppressed where it is invariably given a different meaning. The connotation of stubborn resolve remains but, across the country, it is invariably defined as meaning ‘by force’.

In the shacklands of Durban, the old call and response slogan – Amandla! (Power!) Awethu! (It is ours!) – of the African National Congress (ANC) has been modified to become Amandla! (Power!) Awethu ngenkani! (It is ours by force!). The expansion of the slogan to include the idea of power being obtained by force is not understood to mean that it is taken by violence. What is meant is that power will be built by a forceful determination that requires oppression to be opposed and repression to be endured and resisted. In a context where violence from the state and the ANC is ubiquitous, and extends to torture and murder, creating and sustaining the personal and collective will to disobey, and to endure, is no small feat. It is not unusual for a land occupation to face more than 30 armed attacks by the state, as well as violence from local political actors, before its hold on the land is secured.

In the 1980s shack settlements, which all began as occupations, were frequently named after the ANC in exile. There were names such as Lusaka, Chris Hani, and Joe Slovo (the latter being particularly popular). After apartheid many occupations were named for natural features, or adjacent roads. But as it became apparent that the ANC was responding to impoverished people in the manner of new oppressors rather than liberators, people began to return to their own resources and forms of constituting power. eNkanini – the locative form of inkani – or eNkaneng, the same word in seSotho and a number of other languages – became a widely popular name. Perhaps the best-known settlement with the name eNkaneng is in Marikana where many of the miners massacred during the strike in 2012 lived.

After the state massacre of striking miners at Marikana in 2012, Marikana briefly became a name for new land occupations across the country, as a sense of alienation from the ANC and the state deepened. Occupations in Durban have also been named after assassinated activists. In Tembisa, near Johannesburg, an occupation has recently been named Zikode in honour of S’bu Zikode, who has emerged as a leading figure in the self-organisation of the oppressed after apartheid. The development of the symbolic repertoire with which oppressed people confront the ruthlessness of the state and the now profoundly degenerated former national liberation movement is dynamic. But for many years now the idea of inkani has retained an enduring potency.

Land occupations, often explicitly said to be driven by the cultivation of inkani, and its animation of organisation and mobilisation, are a key site of conflict between the oppressed and the state. They are the base for the most developed and sustained forms of popular organisation. They are often numerically and politically dominated by women. Within these spaces it is widely noted that the infusion of politics with inkani is often a politics of women.

It is common for women to meet with each other, and their communities and organisations more widely, to discuss how they were able to develop their own inkani – forceful determination. In many cases this entails discussions of how people have suffered personal difficulties and had trauma forced on them, but have been able to overcome and endure. These personal experiences are brought into a political context as a source of hard-won personal resilience and individual power that can be gathered into more collective forms of politics.

There are also other forms of collective work aimed at nurturing and sustaining inkani, such as commitments to share work of various kinds, and to cook and eat together. Inkani as a personal and collective attitude in opposition to oppression speaks powerfully to the spirit of the times in which Inkani Books begins its work. Our books aim to speak to liberation struggles of the past as well as the present, but we intend to publish work with a clear commitment to offering resources to the struggles of the here and now.